Randhir Kapoor was in the news about the affair with actress Babita. Together they did the first film ‘Kal Aaj Aur Kal’. The two fell in love with each other since the first film. While Randhir was a Punjabi, Babita belonged to the Sindhi family. When both of them spoke in the family for marriage, all turned against them.

At that time, the girls of Kapoor family did not work in films nor did a family member marry an actress. At the behest of Babita, Randhir Kapoor spoke of a relationship with father Raj Kapoor. Raj Kapoor was ready to make Babita a heroine in her films but not a daughter-in-law of the house.

Despite being against the family, Randhir and Babita’s love continued. Randhir Kapoor stipulated that he would have to give up his film career for marriage to Babita. Babita distanced herself from films for love. Both got married in the year 1971.

After marriage Randhir and Babita lived in a separate flat. Karishma Kapoor was born in 1974 and Kareena Kapoor born in 1980. Babita had given up her film career but wanted to make her daughters an actress.

Randhir Kapoor was not ready to bring daughters to the film industry at all. Babita put forward the daughters on her own and started preparing to bring Karishma to the movies. When Karisma stepped into Bollywood, it had an impact on Randhir and Babita’s relationship. 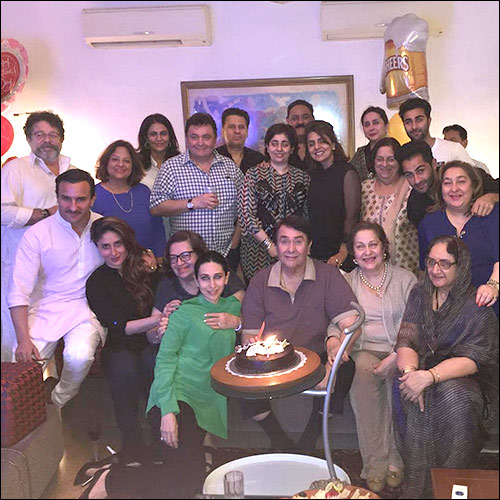 In the year 1988, Babita started living separately with her two daughters and paid full attention to her career. Both Babita and Randhir were together in the year 2007. After almost 19 years apart, the two decided to live together.

Amit Shah Will Watch Prithviraj Two Days Before It Premieres