SS Rajamouli has pitted Ram Charan and Jr NTR against one another in the film, but in the end, their unity is what makes ‘RRR’ what it is. The message is also fine-tuned to what the world currently needs, especially in tough times of coronavirus.

SS Rajamouli introduces Ram Charan as fire, someone burning to get things done. On the other hand, Jr NTR could be seen walking on water. This somehow takes us back to the equation between enstranged brothers-turned-enemies Baahubali and Bhallaldeva. While Baahubali was calm yet head-strong, Bhallaldeva was known for his temper and rage to win.

In ‘RRR’, however, it appears that the characters might unite hands for the greater good. The motion poster, thus, has an image of their hands on one of the Rs, which also reads ‘roar’. The story, based on India in 1920s, appears to be that of Ram Charan’s journey of rise and Jr. NTR’s revolt. 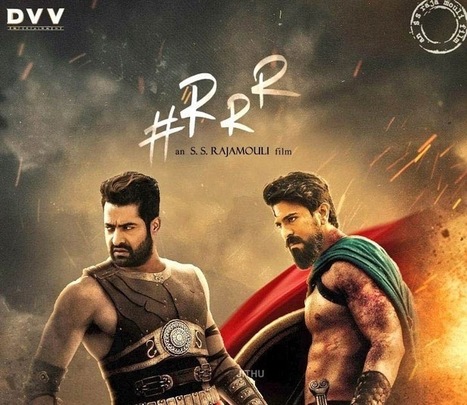 ‘RRR’ also happens to be special since it would mark Bollywood actors Ajay Devgn and Alia Bhatt’s debut in Telugu cinema. Olivia Morris and Alison Doody too have been roped in fot the much-awaited film.